Home Archives Profile Subscribe
Holding on to a storm of anger damages body, mind and spirit
Remembering is an Ebenezer passion and 'stone of help'

Resurrection is the reason for our hope and joy

We all have a story.

For families, the story includes those of parents, children and the ones we love, living life intertwined, each person affected, for better or for worse, by the joys, 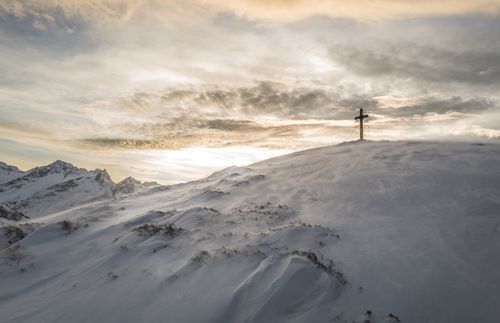 sorrows, and choices of those whose stories touch ours.

Sometimes, it is in the darkest moments of our stories that we become aware of our own capacity to love.

My epiphany came on Mother’s Day, 2015.  It was not, perhaps, an epiphany to match that of Thomas Merton, the very famous Trappist monk who had an epiphany of love on a street corner in Louisville. But it was my epiphany and all the more meaningful for me.

I was sitting in the locked-down lobby of the county jail while waiting to visit my son. I had been visiting once or twice a week for the past two months, and every time, as I sat waiting, I was thinking, “This was never part of my plan. How did we get to this place?”

My first visit was surreal … being buzzed in, the police officer checking my ID behind a protective shield, the glass window behind which my son stood when he was brought down, the phones we used to communicate, the prisoner’s uniform. It just seemed like a scene from “Law and Order” instead of one from my own family story.

I realized that, in jail, they use the more politically correct term of inmate instead of prisoner, but prisoner is what my son really was – a prisoner of opiates long before he ended up behind that glass window in that uniform. I felt sick, heart-broken, guilty and alone. Surely, looking around the lobby on that first visit, I didn’t belong here, and neither did my son. Still, here we were, at the cross.

But in one instant on Mother’s Day, in that dreary jail lobby, I realized that all of us, waiting for our turn to visit, had entered, in our own way, into the life of Christ. Like the Apostles, each of us, no matter how different and in spite of our own weaknesses, were there because we loved someone, hoping to make a difference in their life by our simple presence – and I heard the words of the powerful Taize hymn, “Stay with me, remain here with me, watch and pray.”

In the Gethsemane stories of those who sat waiting with me, I heard their unique, yet familiar, struggles – broken marriages, broken relationships, drug addiction, the death of children, bad choices, bad friends, loss of faith, loss of family, suicide, terrible financial difficulties and, sometimes, homelessness. Some stories were so heartbreaking I could barely contain my emotions, and I was grateful, and privileged, to have exchanged promises to pray for one another.

Not long after Mother’s Day, my son called to tell me he had been paroled. His time in jail had been good for him. He was drug free, though he would need continued support to stay so, and he was positive and prayerful, looking forward to a new chapter in his life. “See, I make all things new,” filled my heart.

I remember breaking down in tears. “My son is coming home,” I thought, and I wondered if God might have had a similar feeling on the day of the Resurrection. Surely, the God of Love would have felt the pain and anguish of his only beloved Son, and would have known the joy of Jesus’ coming home, the joy of new life. Certainly, Mary did.

How far we have come, my son and I, since the days when an exceptionally inquisitive toddler would find ways to escape the locked doors of our house and wander happily in his pajamas in the new winter snow in our backyard. Loving him has taken on new forms as he’s grown into a man. One of the most meaningful has been waiting with him in Gethsemane, and walking with him as he embraced his crosses. It has not been easy. After all, the hallmark of a mother is to fix everything, to take away pain and make things better. Part of the growing up process for moms is accepting that there are many things we cannot control.

For us, as Christians, Jesus’ Resurrection changes everything.  With love at its heart, the Resurrection is the reason for our greatest hope and our greatest joy. It allows us to accept the invitation to new life that is inherent in every cross, and to hold on to our faith in God’s promises.

For me, the Resurrection has become a new focus of my faith, one that as allowed me to believe, when others didn’t, that my son would experience his own resurrection through his singular faith in God.

That is reason for a very joyous, “Alleluia!”